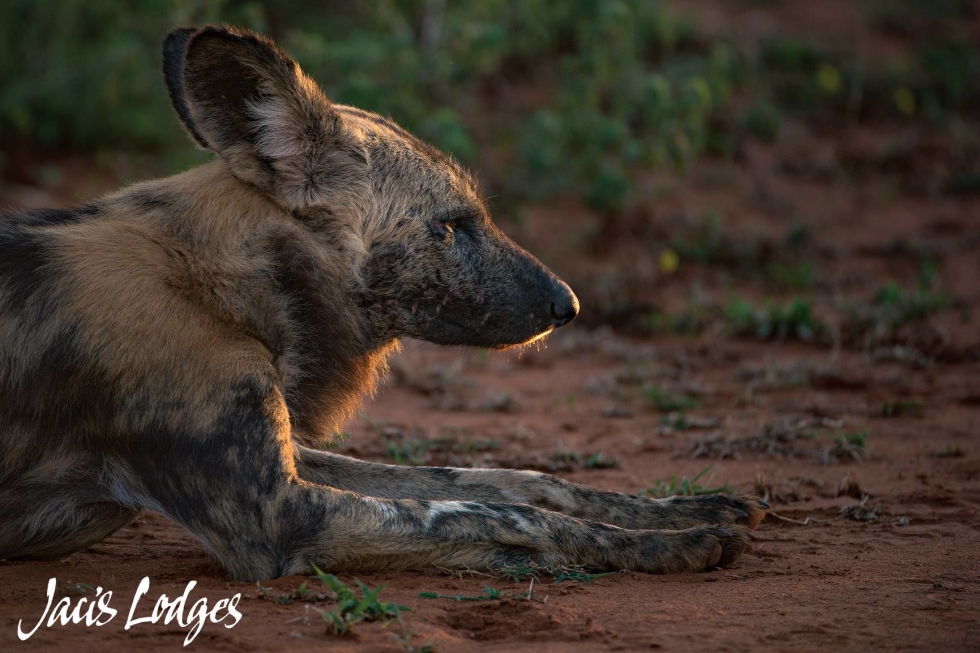 At Jaci’s Safari Lodge, we are incredibly proud to feature The African Wild Dog in our logo and we are passionate about participating in the generation of accurate data regarding the two packs, currently in Madikwe.

Gathering information on both the packs is highly important as wild dogs are the second most endangered carnivore in all of Africa.

Johanna Taylor (Madikwe Game Reserve Honorary Officer) said: “The new pack, the “Bates pack,” is still in the early stages of their bonding. While they appear to be a strong and cohesive pack, the hierarchy is still not set in stone yet. We have presumed the alpha female to be the collared female, Karabo. However, Bandit has been showing some dominate traits lately. The alpha male has yet to be obvious either. Since all the females are young and the alpha female is not fully set yet, I am not sure if oestrus suppression will happen. This means we could have a very interesting breeding and whelping season.

The old pack, the “Kalkfontein pack” has some very old individuals. We have presumed the male Dunga to have passed away last year as he has not been seen in a long time and was 10 years old. Twin Spot appears to have lost his status as an alpha male to Guinness since last year. There are two dispersal males, Arrow and Monster, they were last reported in December of 2018.”

Madikwe Wild Dog Identification Kits have been circulated to all lodges through the Madikwe Field Guides Association, so that both rangers and guests alike can participate in identifying the specific individuals when spotted and their status updated and recorded.

Take a look at some of these extraordinarily beautiful “characters”, and if you’re ever in the area, be sure to let us know who you spot!