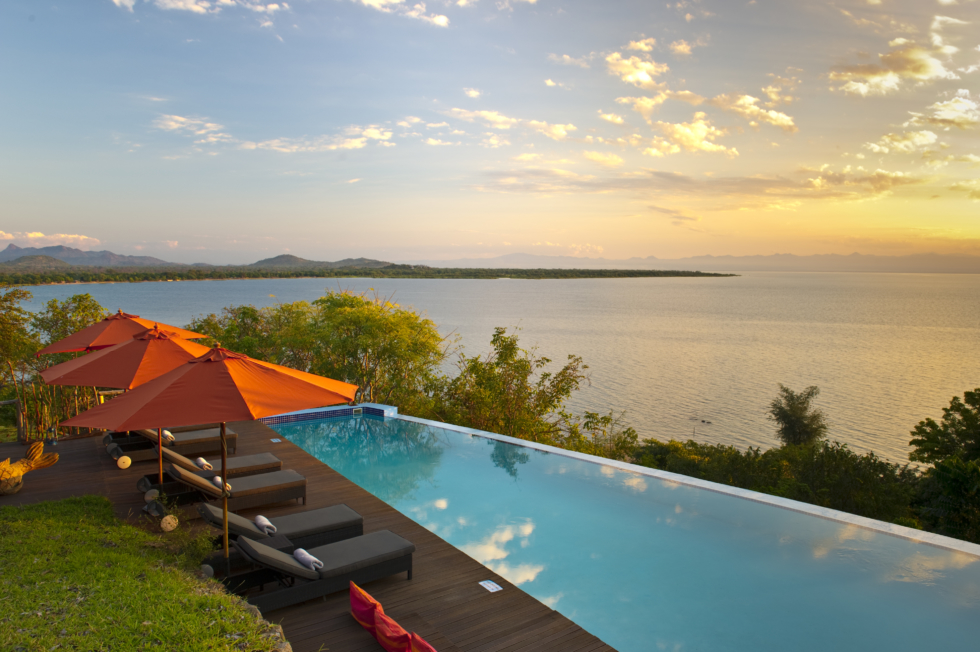 One of Malawi’s brightest smiles belongs to James Robert, a waiter at Pumulani.

Behind the smile is a story both he and we are very proud of! Some might already know him for his radiant smile, contagious laugh, or even his incredible skills when it comes to playing the traditional Malawian ‘Boa’ game. But for those that aren’t yet familiar with James, let’s meet the man behind the story:

Pumulani generously finances a multitude of secondary students who, unfortunately, are unable to afford education. James, among only a handful of others, managed to pass each year from Form One to Four.

“Each year I did well, which lead to Pumulani to pay for my fees for the following years,” said James.

After 4 impressive years at Nhankwali Secondary School, James left his legacy there and was invited to go and train at Pumulani for 6 months. Gaining experience in all areas, including housekeeping, maintenance, guiding, kitchen work, Pumulani management was extremely impressed by his skills and working ethic. So, in 2017, James officially joined the Pumulani team!

Four weeks down, it was clear that James was a very fast learner. Throughout his short time in the housekeeping department, he kept a close eye on the waiters. He envisioned himself standing in their shoes one day and it wasn’t long before he was promoted to this position.

Being a waiter at Pumulani has not only put a smile on James’ face but many guests too. Interacting with guests and learning from them is what keeps him motivated to work hard. Learning is something guests also do from James. At Pumulani, he’s known as the Boa Master. Something one must know about Boa is it involves a lot of thinking, similar to chess. A tip from James would be “count B, before you count A”, in other words, try to be one step ahead of the game, and your opponent.

Outside his work environment, James is a single man who describes himself as a patriot. He loves everything around him, the good and the bad. Farming his staple food (‘maize’ aka corn), supporting the ‘Big Bullets’ football club from Blantyre, and internationally Manchester United, it’s safe to say he’s a busy man after working hours.

The warm-hearted man aspires to become a businessman in the near future. “I have to study”, says James firmly as he wholeheartedly believes this is the way to improve his nation. Creating a business will open job opportunities for several people in his village. Many have a variety of qualifications but struggle to become employed.

If you haven’t yet had the privilege of enjoying one of these cocktails, then we hope that you’ll have the opportunity soon!