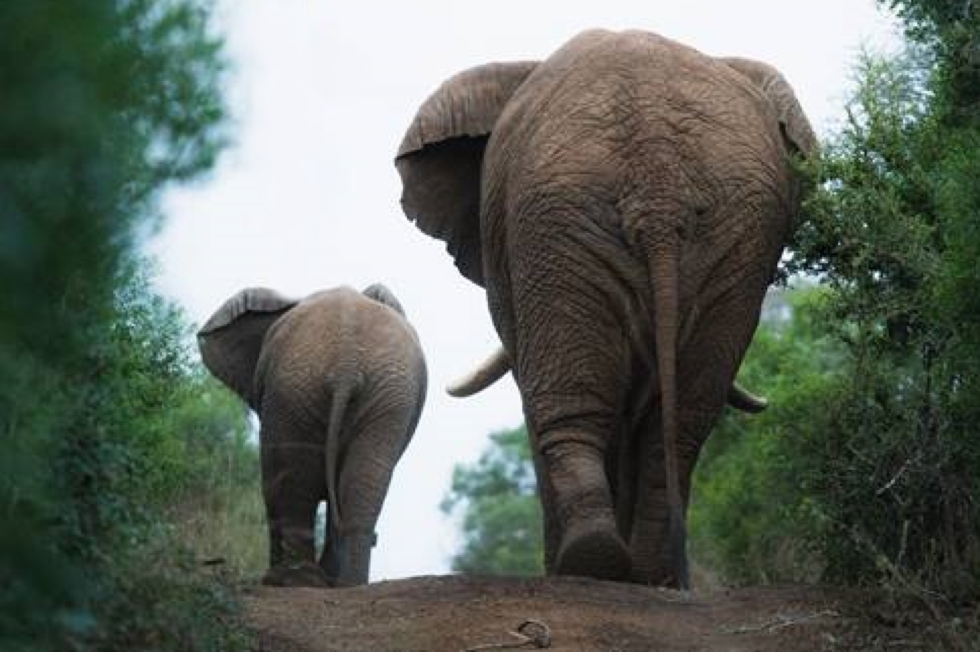 Elephant bulls have got quite a bad reputation when it comes to their temper tantrums.

A tantrum from the largest land animal is enough to make anyone nervous. Bulls are at their most volatile when they are going through adolescence when hormones are temperamental. Just like us, elephants need matriarchs and other older bull elephants to “put them back in their place”. Matriarchs are important in the first part of their life – while more experienced bull elephants will help during the time they are kicked out of the herd.

Presently we have two young bulls that are at that awkward stage where their maternal herd has had enough of their bad manners. The two adolescents are constantly having “sibling” rivalries amongst each other that is tipping the peaceful balance within the herd. On a couple of occasions, a matriarchal figure has had to stand in and separate the two badly behaved minors. The process that males go through – between being part of a herd to becoming solitary – can take between 1 and 4 years, so these females still have a lot of discipline to enforce before the peace is restored.

At the same time, one much younger bull took it upon himself to leave the herd well before his independent years. This very young male was seen, for almost a month, following one of our solitary, territorial bulls. We are not sure why this young male left the herd and chose to follow a bull at such an early age, but he has now returned to the safety of his nurturing herd.